The Mitsubishi Xpander is a seven-seater small MPV which was launched by Mitsubishi Motor Philippine Corporation’s (MMPC) in March 2018. Replacing the brand’s AUV, the Adventure, the Xpander slots in with its dynamic shield design and car-like chassis that promises better overall comfort with coil springs on all four wheels while riding on a good amount of ground clearance. Philippine versions of the Xpander are manufactured in Indonesia, where the model has grown in popularity, achieving several accolades.

Equipped with a 1.5L naturally aspirated four-cylinder gasoline engine with MIVEC technology, the Xpander promises good returns for fuel economy along with adequate performance. The engine comes mated to a 4-speed automatic transmission that is of the traditional variety or a 5-speed manual transmission.

The MPV is made even more useful with expansive space paired with seating for up to seven people. Interior space inside the Xpander is quite large for its class, and can comfortably seat seven individuals. The rear cargo area of this MPV is versatile and folds flat when the third row of seats is not needed. Seatbelts are available for all occupants. Passengers can enjoy sounds through the touch screen infotainment system. Just like its namesake, the Xpander features a multitude of storage areas all throughout the cabin.

The model was first launched in August 2017, in Indonesia. The Xpander managed to win many awards during its first year in the Indonesian market including the FORWOT Car of the Year 2018. Mitsubishi launched the small MPV in the Philippines almost a year later, on March 2, 2018, where it became one of the best selling models on offer from MMPC.

The Xpander comes with the NC1W gasoline engine from Mitsubishi. The MPV is capable enough and it has a four-cylinder motor under the hood which means engine noise and vibration will be kept to a minimum. Mitsubishi employed a 1.5-liter DOHC gasoline engine with Mitsubishi Innovative Valve-timing Electronic Control (MIVEC). This four-cylinder can produce a total of 105 hp with 141 Nm of torque and comes mated to either a 5-speed manual or 4-speed automatic transmission.

The platform of the Xpander is based on a sedan. The front suspension system is a MacPherson strut, while the rear comes with a torsion beam suspension setup. Pair this with a monocoque chassis, and the MPV can tout quiet performance with good behavior going over less-than-perfect roads.

When behind the wheel of this small MPV, one can expect refinement and better-than-average handling thanks to the unibody chassis that this car comes with. The engine will bring the car up to speed without too much urgency, and once up to speed, the vehicle will return good NVH insulation with stability to boot.

The Xpander comes with a seven-inch touchscreen infotainment system that comes with Bluetooth connectivity, AUX, and Smartphone Mirroring options. Audio can be output to a system that can feature up to 6-speakers for the cabin. You can also see what’s behind you when in reverse, thanks to a backup camera that comes standard on higher variants. You also get the benefit of cruise control

Mitsubishi took its dynamic shield design language and brought the concept to the Xpander. The MPV’s iteration is quite possibly one of the more outgoing in the Mitsubishi lineup; and shares several design cues with the latest versions of the Montero Sport. The front bumper not only housed the front foglamps, but also the headlights and turn signals. The DRLs can be found where one expects the headlights to be and is one of the traits that helped define this MPV. In GLS Sport variants, the Xpander can be had with extra body kits that add a chin to the front fascia.

The rear is more subdued than the front half. LEDs and halogens make up the lighting cluster. You may also find a rear fog light at the bottom of the rear bumper along with a diffuser that makes the car’s stance seem lower.

As an MPV that will be taking many duties on the road as a mini-people hauler, its interior is laden with durable plastics with cloth seats. Opting for the top trims will merit a leather-wrapped steering wheel and different panels as compared to GLX variants with their use of polyurethane for the steering wheel. The dashboard is laden with a faux-leather texture complete with faux stitching.

Cabin space is more than ample for its class. Space is adequate up to the second row, with the third row being better-reserved for children and smaller individuals. Occupants can enjoy a plethora of cubby holes and storage space options. Thanks to the flat loading bay, and a minimal loading lip, the Xpander transforms from being a family hauler to a capable cargo vehicle if need be.

Safety is a priority when it comes to the Xpander. With a four-star ASEAN NCAP rating, the small MPV touts high levels of adult and child protection. This is thanks in part to the two airbags, ABS with EBD, hill start assist, plus traction control and stability control systems. ISOFIX tethers are also present on this model to accommodate child seats.

Connect with the top Mitsubishi sales agents in the Philippines. These agents have good reply speeds, process transactions quickly and have good customer reviews 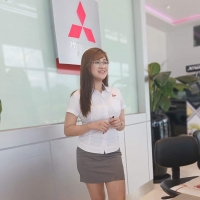 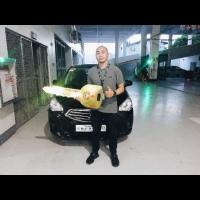 View the most compared cars versus the Mitsubishi Xpander 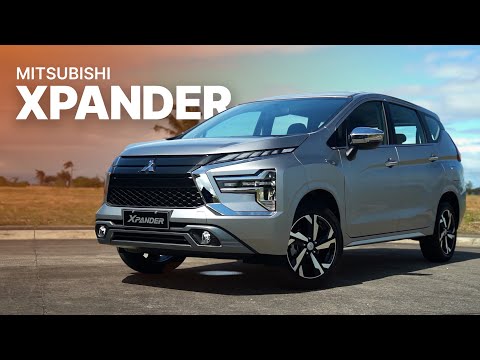 Read reviews from verified car buyers and find out from real owners what it's like to own Mitsubishi Xpander.

Is the Mitsubishi Xpander underpowered?

To some extent, yes, the Mitsubishi Xpander can be underpowered especially when driven in full payload capacity.

What is the difference between Xpander GLS and GLX variants?

The GLS stands as the base variant in Mitsubishi's lineup, while the GLX is the higher trim. Therefore, the Xpander GLX gets more features than the lower-tier GLS variants.

How many seats does the Mitsubishi Xpander have?

The Mitsubishi Xpander seats seven people across the variant range.

Is the Mitsubishi Xpander an SUV?

Even with its robust design, the Mitsubishi Xpander is an MPV that's aimed to provide versatility and comfort rather than performance off the road.

Is the Mitsubishi Xpander a diesel?

The Mitsubishi Xpander is exclusively available with a gasoline engine in the Philippines.

You can compare quotations simultaneously from multiple Mitsubishi dealerships. Select your preferred dealers from the list below.

Compare quotations from multiple Mitsubishi dealers in the Philippines.

Get Notified for Mitsubishi Xpander Alerts